David Curtis is a member of the Royal Society of Marine Artists and the Royal Institute of Oil Painters. He is one of the UK’s most successful and best known artists. David won first prize in the Singer and Friedlander/Sunday Times Watercolour Competition in 1992, and has won many other awards for his spectacular art.

Essentially a “plein air” and figurative painter, working in both oil and watercolours, he is the author of numerous books and has work in collections all over the world.

David is the author of ‘A Light Touch, the Landscape in Oils’ and ‘The Landscape in Watercolour – A Personal View’ both published by David & Charles. A third book and a fifth film, both entitled “Light and Mood in Watercolour” were published by Crysallis Books and APV Films respectively in 2005. A fourth book,”Capture the Moment in Oils” was released in 2007 with a film of the same title by APV Films. A sixth book and an eighth film were released in 2013, covering aspects of painting on location. 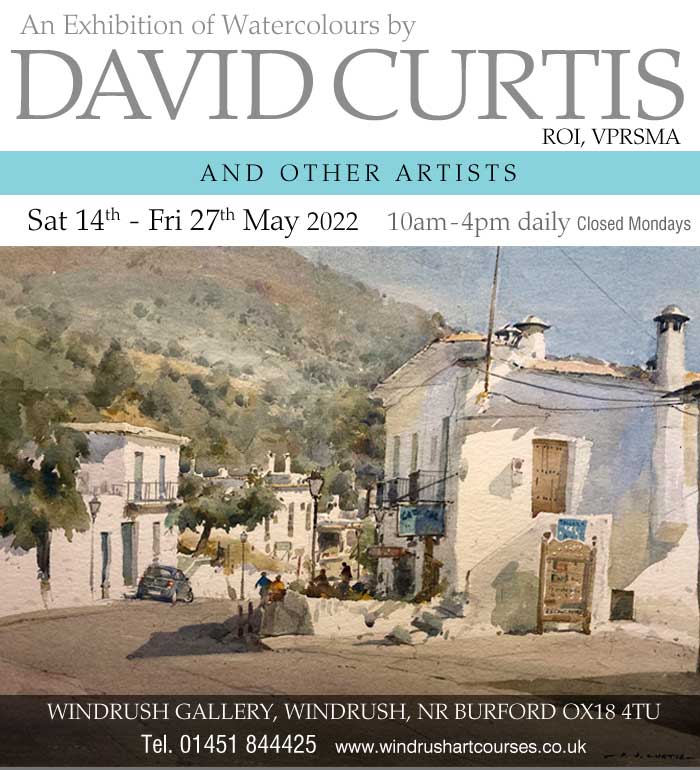 AN EXHIBITION OF WATERCOLOURS BY DAVID CURTIS, THE WINDRUSH GALLERY, MAY 2022 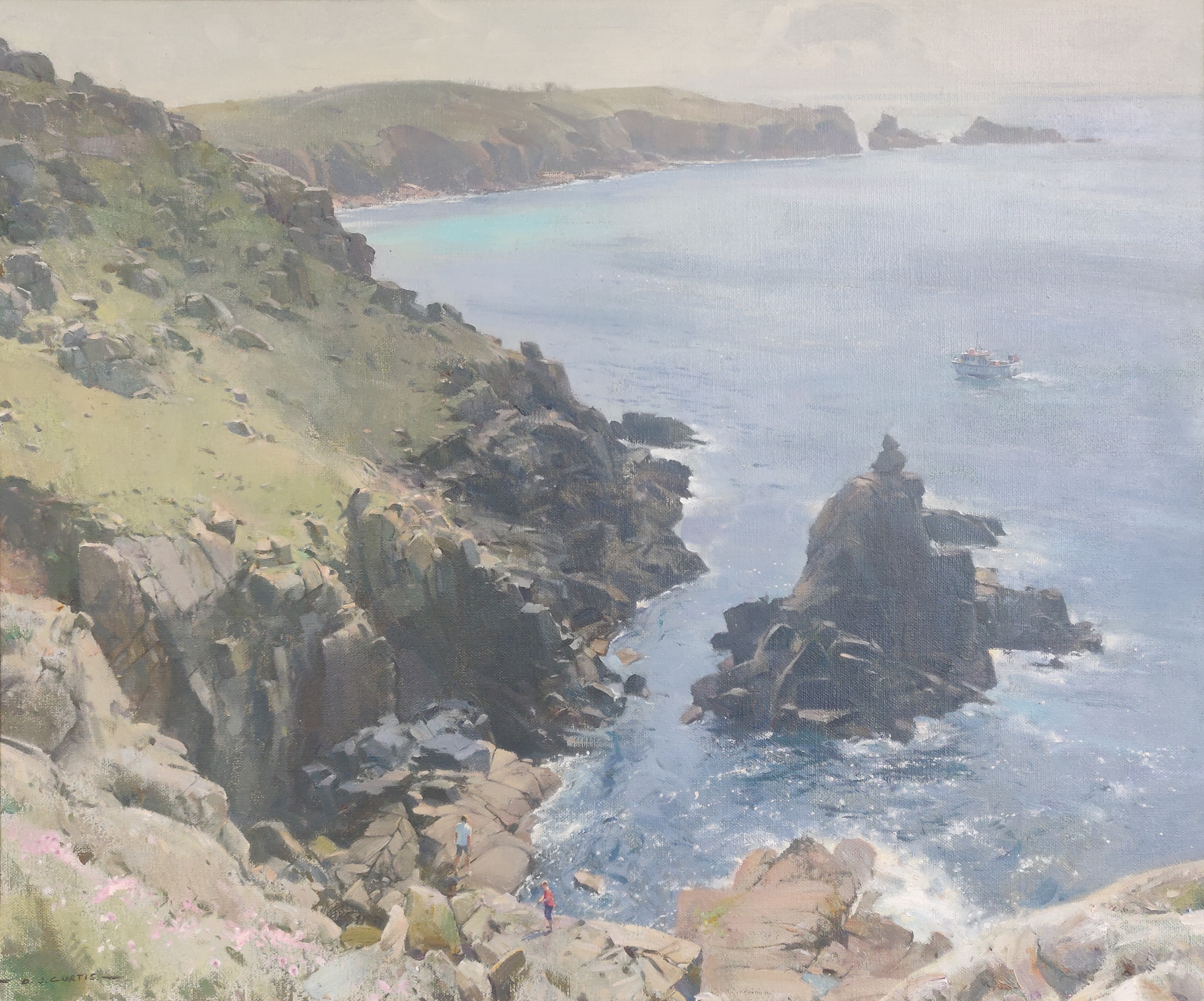 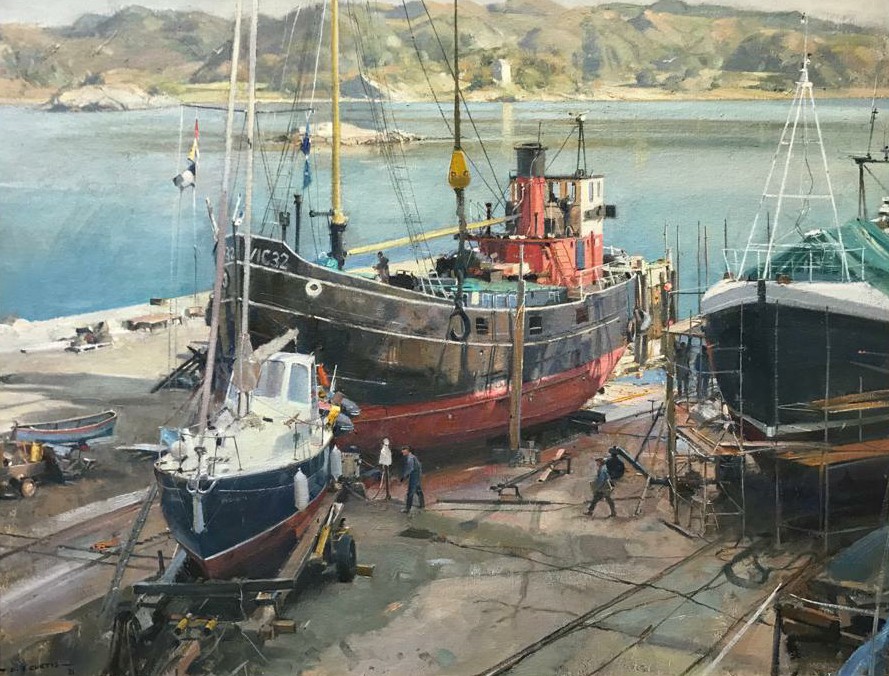 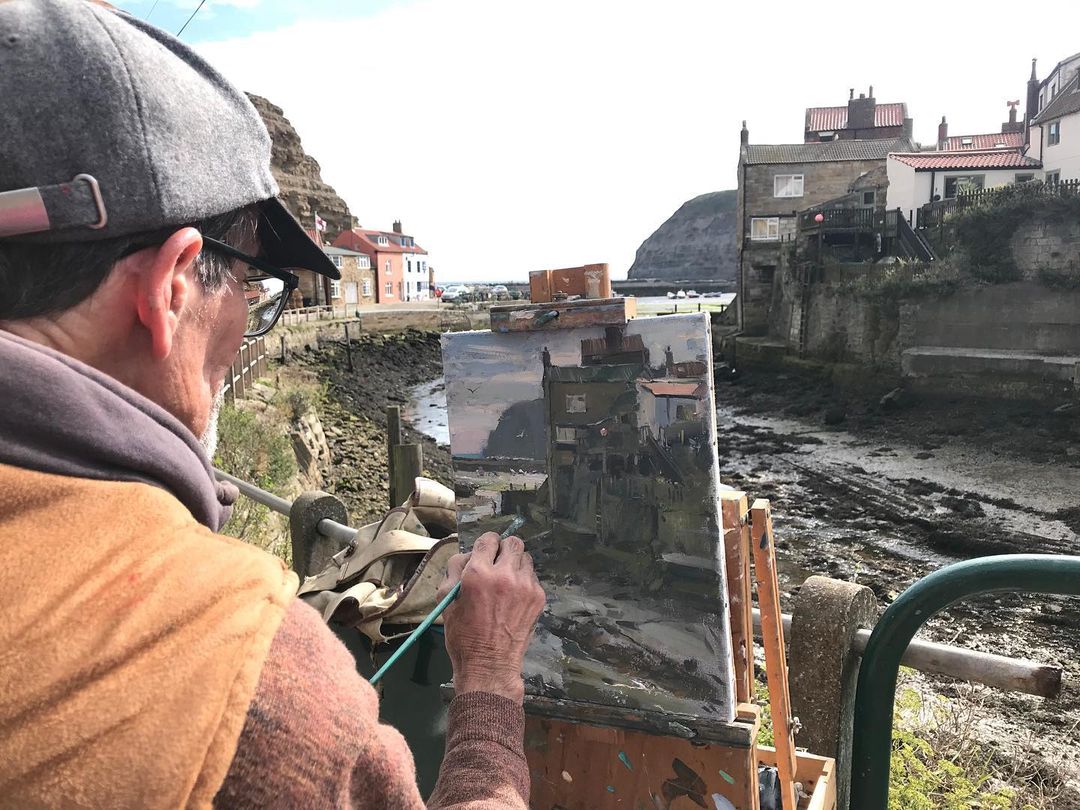 An artist at work

“David has been investigating space, colour and light in his paintings for many years. His images are varied and intriguing and are often inspired by the landscape and the haunting moods of the sea. He has sought to establish beauty within the world around him through a highly perceptive analysis of the structure found in form, light and colour. His awareness of space and the visual incidents which inhabit that space constantly feature in his work.

Consequently, his paintings have a strong visual presence and enable the spectator to embark on an exciting visual journey.

David’s paintings are based on careful pictorial judgements and an acute awareness of the role light plays in the development of atmosphere and visual drama. His highly structured sense of composition, his painterly and imaginative approach all combine to produce pictures which are incisive, dramatic and visually hypnotic.”